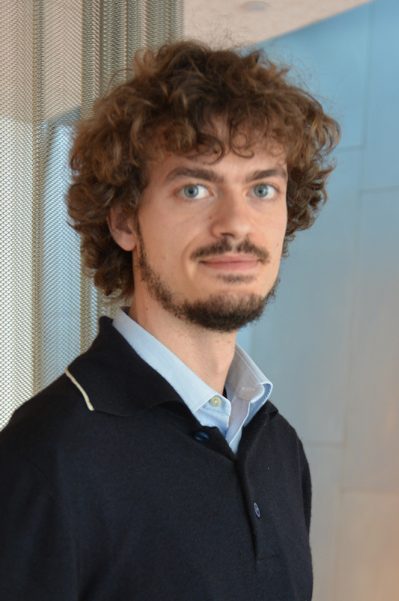 Luca Giancardo received his BSc from the Southampton Solent University where he was awarded the British Computer Society prize for Best Student in his final year and the David Nicholas Award for Innovation for his computer vision based computer interface in 2005. After working in R&D for a year for Real Time Tracking ltd., an English company developing vision-based systems for sporting events he was selected for the first VIBOT Erasmus Mundus program. The VIBOT is research oriented Computer Vision and Robotics MSc delivered by three different European institutions: Heriot-Watt University Edinburgh (UK), Universitat de Girona (Spain) and Université de Bourgogne (France).

For his master’s thesis he started to work with the Oak Ridge National Laboratory (USA) where he developed an algorithm to detect the quality of retina images acquired by fundus cameras (an invention disclosure was obtained). During his PhD at the Oak Ridge National Laboratory and Université de Bourgogne he worked on many different retina analysis algorithms to automatically screen diabetic patients for retinopathy and macular edema. The result of his work is currently used in medical clinics and various prizes were awarded to his research team; the R&D Award by R&D Magazine, ORNL Award Excellence in Technology Transfer, ORNLSignificant Event Team Award and FLC South-east Regional Award Excellence in Technology Transfer. In 2011, he started a postdoctoral fellowship with the Istituto Italiano di Tecnologia (Italy) where he worked on automated analysis of the brain connections in diffusion MRI and on vision-based systems to track and classify small animal behaviors.

On his ambitions as an M+Visión Fellow, Luca says “what I really like to do is to understand how our mind works, and to sort of put that into context and teach a computer how that works. Its really rewarding to have that applicable to medicine, because these applications were often for manufacturing.”

Luca notes that working directly with clinicians has been a crucial difference between M+Visión and his previous experience.

“My experience as a PhD and a postdoc was to work with a barrier between me and the clinicians. Clinicians- and people in general, especially if they are really good at something- have trouble explaining something in simple words. And the only way to  understand that is to go and look and ask questions about what they need.”

January 2015 Update: Team neuroQWERTY won the 2015 Singapore Challenge, which Luca accepted on behalf of the Team at the Global Young Scientists Summit in Singapore . The prize was $100,000 for the team’s technology, which could help detect signs of neurodegenerative disorders before the onset of symptoms. Read more