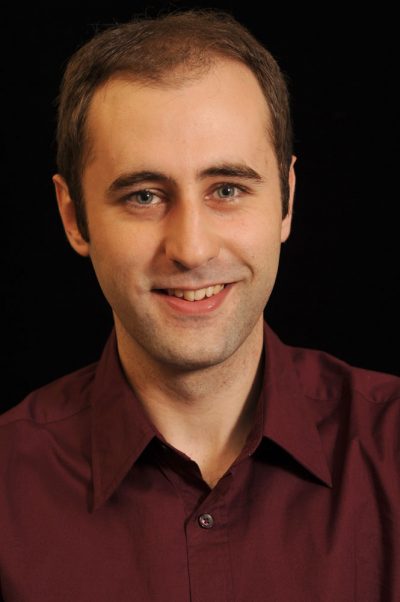 Joaquín López Herraiz, of Madrid, received his undergraduate degree in fundamental physics from the University Complutense of Madrid (Spain) in 2003, where he obtained his PhD in Nuclear Physics in 2010. His PhD thesis was focused on experiments performed at the Jefferson Lab (Virginia) using a high-energy electron beam to study the properties of the heavy nuclei. In the meantime, he earned a M. Sc. in Biomedical Physics in 2008, working on high-performance tomographic image reconstruction with clusters of computers and graphics processor units (GPUs).

He has participated in more than 10 research projects funded with public grants, and his researched produced the small-animal PET image reconstruction software “FIRST” under worldwide commercialization by General Electric (GE) and SEDECAL. In 2010, he obtained a Postdoctoral Research Fellow to work on ultrasound computer tomography.

Dr Herraiz is member of two 2011 Fellows research projects: Team MS, which focuses on improving the efficiency of ultra-high field magnetic resonance systems (e.g., 7-T systems) for imaging patients with neurological diseases such as multiple sclerosis; and Team mPET, which is investigating how to image multiple physiological parameters in a single PET scan, resulting in a better diagnosis and staging of cancer lesions (increased sensitivity and specificity) and the possibility of tailored treatments and early evaluation therapeutic effects.

The Fellowship exposes scientists and engineers to the realities of patient treatment, helping Fellows to realize how important their work can be. “I think that the possibility to access the hospital, and see the faces of patients in whom you are helping to detect cancer, is rewarding because it’s not just an image you are looking at, it’s a human. For me, the experience in the hospital in Madrid [during Fellowship training], where we met these people and talked with the doctors who have treated them for weeks, really had an impact.”