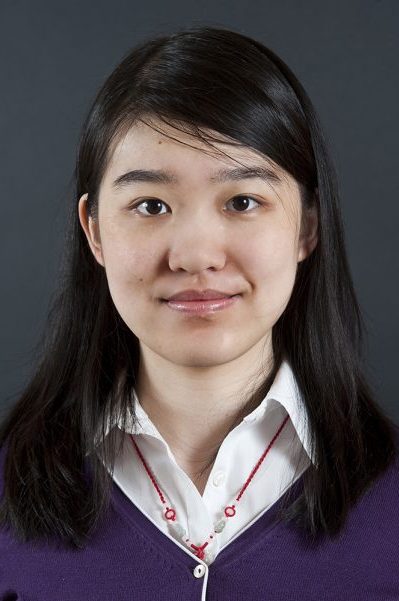 Jie Luo received an undergraduate degree in Chemistry from Peking University. Following graduation, she joined the Chemistry Department of Washington University, where she earned her MA and PhD degrees. She was recognized for her excellence in research under Drs. Dmitriy Yablonskiy and Joseph Ackerman of Wash U, receiving the Imaging Sciences Pathway Fellowship.

As a PhD candidate, Jie studied protein solution and rat optic nerve as model systems to understand phase contrast in the brain. She also used T2* and phase as biomarkers to evaluate the disease of Multiple Sclerosis in collaboration with Dr. Anne Cross, and accelerated MRI by generating multiple image contrasts from a single scan. She went on to serve as a consultant in the summer of 2011 for Retectix, a start-up company in St. Louis

Although the Fellowship began in July, Jie says there is already “a certain amount of trust that really allows collaboration. Everybody will speak their mind freely and try to contribute as best as they can.”

She has found collaborating within her cohort of fellows as well as with Senior Fellows “interesting, because their projects are at different stages, and we get to see how their projects have evolved.”

Jie says that weekly sessions of IDEA³, the mentored, multi-stage process through which M+Visión Fellows develop and fortify their projects, “have been very constructive for us.”

“We’re really learning how to communicate our ideas when they’re not mature. We’re still learning on our own, and we want to get feedback from talented people before we have a final story.”