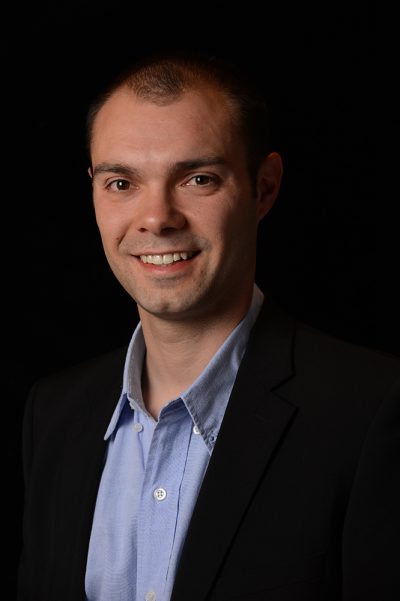 Javier Jiménez received his undergraduate degree in Telecommunications Engineering, specialization in Electronic Systems, from the Polytechnical University of Catalunya (Spain) in 2005. During his last year he finished his work on an FPGA implementation for communication coding at the Fachhochschule Aalen and took an internship in Fujitsu-Siemens Computers in Augsburg, both in Germany.

By the time he earned his BS in Telecommunications Engineering, which includes a global view of Telecommunications, also from the Polytechnical University of Catalunya (Spain) in 2008, he had gained experience in the network (SMC Networking), automotive (Kostal Electrica) and spatial communications (Indra) industry. His BS final project focused on correcting a typical shading artifact in MRI to improve alignment with FDG-PET images in small-animal brain imaging and was developed at the Molecular Imaging Center in Barcelona.

His research is motivated by the needs of clinicians and researchers that demand of robust and reliable methods to provide accurate diagnosis and data analysis, respectively.